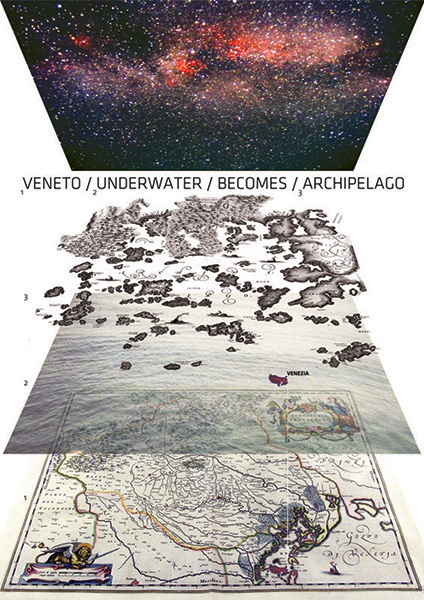 Unità di Crisi is part of the multidisciplinary group composed by the urban designers of Latitude Platform—that is Fabio Vanin, Tullia Lombardo, Enrico Anguillari, Marco Ranzato and Andrea Masciantonio—and by anthropologist Valentina Bonifacio, which will present the research project Living with Water in the context of the 5th International Architecture Biennale Rotterdam – Making City—opening in April 2012.

Living with Water tries to investigate the relation establishing itself between urban politics and flood risk, as well as the locals’ perception of this issue, through three case studies located in Veneto: Porto Tolle (Delta del Po – Treviso), Monteforte d’Alpone (Verona) and Vazzolla (Treviso). For each case a future scenario, on which test new possible solution concerning the current situation, will be studied and planned.

As Unità di Crisi, we are called upon to develop and integrate communicative strategies, and to plan dynamic identities within the presented scenarios.

Presently we are working on the development of possible scenarios relative to the local population’s perception of the territory, and on the design of the material which will be presented at the Rotterdam Biennale.