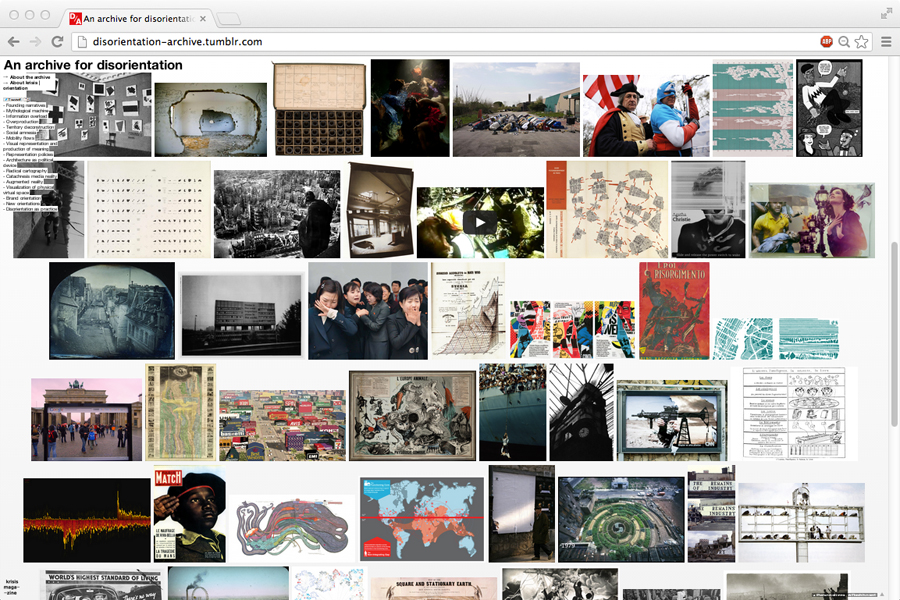 Why a dis-orientation archive? Modern society lives today within the contradiction between overproduction and loss. Material production, and particularly the immaterial production of information, has reached levels able to render critical any classification and archiving attempt. At the same time this new complexity of reality, and the immense quantity of stimuli to which individuals are submitted, requires a constant process of selection and elimination of information. This process, from which a definite orientation model ensues, is today more than ever influenced by subconscious, circumstantial and accidental components. From this proceeds the importance of everything that in the first place was removed, rejected, or simply not considered—and the necessity to recompose these lost fragments.