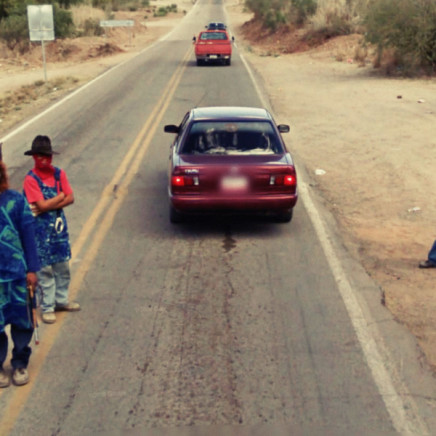 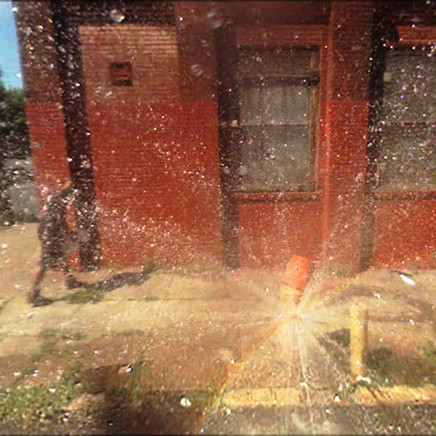 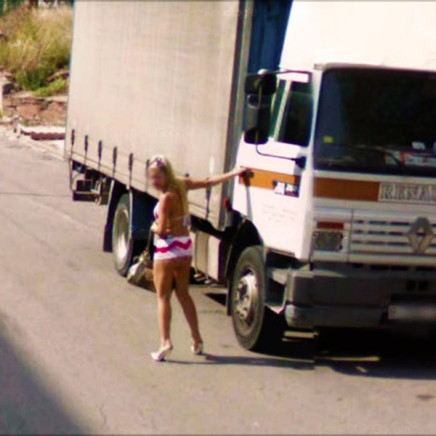 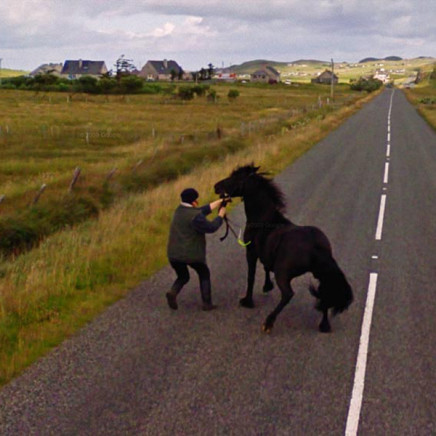 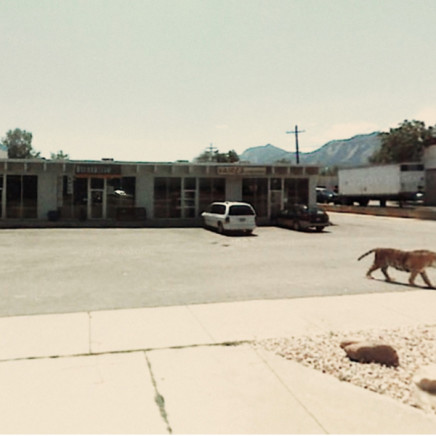 9-Eyes, the project of Canadian photographer Jon Rafman started in 2008, collects hundreds of pictures taken by Google Street View cars—the vehicles that since 2007 are mapping each square meter that can be travelled over by car, by means of dedicated 9 lens cameras—today 11—mounted on the vehicles’ hood. The idea itself is not new: since the launch of the Street View service, there has been no lack of virtual explorers navigating through Google Maps in order to find strange, unusual and unexpected pictures. Even those websites collecting images portraying crimes—most of them being simple traffic violations—immediately after they are committed, suggest how the most used search engine is assuming the appearance of a gigantic and ubiquitous Panopticon, whose sole presence functions as a deterrent for behaviours judged as wrong.

What however stands out in Rafman’s project, what distinguishes it from a simple collection of oddities, is the selection criteria adopted to compose the archive, as well as the treatment of the single images—the act alone of printing blow ups of several Google Street View’s frames is a profound intervention, that radically modifies the original medium in completely altering the way in which we perceive it, and the meaning we confer to it. But above all is the path that is traced moving the eye from a snapshot to the other, as if we didn’t find ourselves in front of a collection of automatic pictures, but rather of a researched photographic service—an anthropological investigation carried out by means of images.

This unusual sensation ensues from a sort of contradiction inherent to Google Street View’s visual production—which Rafman himself tries to explain in a short essay accompanying his archive. The photographer reports how, during the collection and selection phase—process which is still in progress—is difficult not to perceive the images as neutral representations of the world, completely transparent and lacking any cultural frame. Nonetheless the eye of the subject observing these images cannot avoid to reframe them in a cultural and historical context—adding social and ideological meanings to them—and even existential reflections.

This tension between the machine’s objectivity and the unavoidable observer’s tendency to invest the image in front of him with a given meaning, testify how any attempt to map reality, although automatized and neutral, will give rise to a cultural production—with a specific grammar and visual rhetoric. Furthermore, is the intervention of the subject—the artist, the curator, the designer and even the archivist—to unmask the pretended medium’s neutrality, giving depth and visibility to the stratified complexity of meanings and relationships moving, and colliding with each other, under Google Street View’s apparent specular surface.